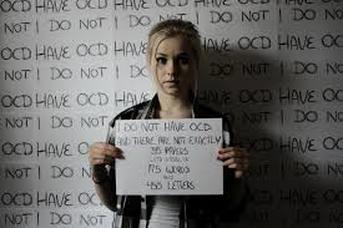 Everyone double checks things sometimes. For example, you might double check to make sure the stove or iron is turned off before leaving the house. But people with obsessive-compulsive disorder (OCD) feel the need to check things repeatedly, or have certain thoughts or perform routines and rituals over and over. The thoughts and rituals associated with OCD cause distress and get in the way of daily life.

The frequent upsetting thoughts are called obsessions. To try to control them, a person will feel an overwhelming urge to repeat certain rituals or behaviors called compulsions. People with OCD can’t control these obsessions and compulsions. Most of the time, the rituals end up controlling them.

For example, if people are obsessed with germs or dirt, they may develop a compulsion to wash their hands over and over again. If they develop an obsession with intruders, they may lock and relock their doors many times before going to bed. Being afraid of social embarrassment may prompt people with OCD to comb their hair compulsively in front of a mirror-sometimes they get “caught” in the mirror and can’t move away from it. Performing such rituals is not pleasurable. At best, it produces temporary relief from the anxiety created by obsessive thoughts.

Other common rituals are a need to repeatedly check things, touch things (especially in a particular sequence), or count things. Some common obsessions include having frequent thoughts of violence and harming loved ones, persistently thinking about performing sexual acts the person dislikes, or having thoughts that are prohibited by religious beliefs. People with OCD may also be preoccupied with order and symmetry, have difficulty throwing things out (so they accumulate), or hoard unneeded items.

“I can’t do anything without rituals. They invaded every aspect of my life. Counting really bogs me down. I wash my hair three times as opposed to once because three is a good luck number and one isn’t. It takes me longer to read because I count the lines in a paragraph. When I set my alarm at night, I have to set it to a number that won’t add up to a ‘bad’ number.”

“Getting dressed in the morning is tough, because I have a routine, and if I don’t follow the routine, I get anxious and have to get dressed again. I always worry that if I don’t do something, my parents are going to die. I have these terrible thoughts of harming my parents. I know that is completely irrational, but the thoughts trigger more anxiety and more senseless behavior. Because of the time I spend on rituals, I’m unable to do a lot of things that are important to me.”

“I know the rituals don’t make sense, and I was deeply ashamed of them, but I couldn’t seem to overcome them until I got treatment.”

Healthy people also have rituals, such as checking to see if the stove is off several times before leaving the house. The difference is that people with OCD perform their rituals even though doing so interferes with daily life and they find the repetition distressing. Although most adults with OCD recognize that what they are doing is senseless, some adults and most children may not realize that their behavior is out of the ordinary. 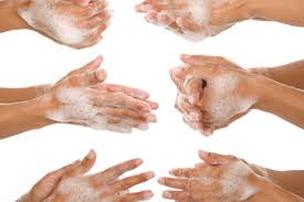 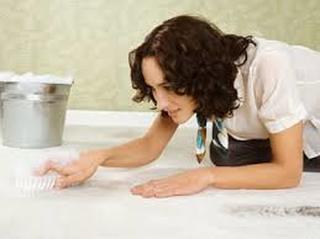 For many people, OCD starts during childhood or the teen years. Most people are diagnosed by about age 19. Symptoms of OCD may come and go and be better or worse at different times.

OCD affects about 2.2 million American adults. It strikes men and women in roughly equal numbers and usually appears in childhood, adolescence, or early adulthood. One-third of adults with OCD develop symptoms as children, and research indicates that OCD might run in families. 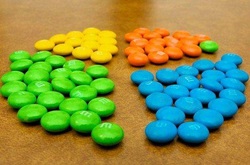 The course of the disease is quite varied. Symptoms may come and go, ease over time, or get worse. If OCD becomes severe, it can keep a person from working or carrying out normal responsibilities at home. People with OCD may try to help themselves by avoiding situations that trigger their obsessions, or they may use alcohol or drugs to calm themselves. 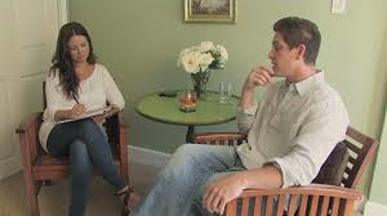 OCD is generally treated with psychotherapy, medication, or both.

Psychotherapy. A type of psychotherapy called Cognitive Behavior Therapy is especially useful for treating OCD. It teaches a person different ways of thinking, behaving, and reacting to situations that help him or her feel less anxious or fearful without having obsessive thoughts or acting compulsively. One type of therapy called exposure and response prevention is especially helpful in reducing compulsive behaviors in OCD.

Antidepressants are used to treat depression, but they are also particularly helpful for OCD, probably more so than anti-anxiety medications. They may take several weeks—10 to 12 weeks for some—to start working. Some of these medications may cause side effects such as headache, nausea, or difficulty sleeping. These side effects are usually not a problem for most people, especially if the dose starts off low and is increased slowly over time. Talk to your doctor about any side effects you may have.

Some people with OCD do better with cognitive behavior therapy, especially exposure and response prevention.

OCD usually responds well to treatment with certain medications and/or exposure-based psychotherapy, in which people face situations that cause fear or anxiety and become less sensitive (desensitized) to them.