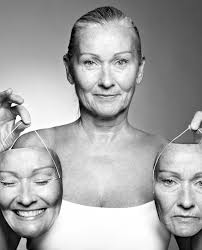 Bipolar disorder, with its extreme mood swings from depression to mania, used to be called manic depressive disorder. Bipolar disorder is very serious and can cause risky behavior, even suicidal tendencies, and can be treated with therapy and typically medication.

A person with bipolar disorder may have distinct manic or depressed states. A person with mixed episodes experiences both extremes simultaneously or in rapid sequence. Severe bipolar episodes of mania or depression may also include psychotic symptoms such as hallucinations or delusions. Usually, these psychotic symptoms mirror a person’s extreme mood. Someone who is manic might believe he has special powers and may display risky behavior. Someone who is depressed might feel hopeless, helpless and be unable to perform normal tasks. People with bipolar disorder who have psychotic symptoms may be wrongly diagnosed as having schizophrenia.

Although someone with bipolar may find an elevated mood appealing—especially if it occurs after depression—the “high” does not stop at a comfortable or controllable level. Moods can rapidly become more irritable, behavior more unpredictable and judgment more impaired. During periods of mania, people frequently behave impulsively, make reckless decisions and take unusual risks. Most of the time, people in manic states are unaware of the negative consequences of their actions. It’s key to learn from prior episodes the kinds of behavior that signal “red flags” to help manage the illness. 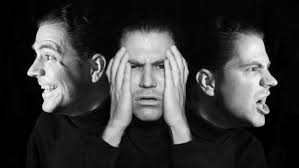 Depression. Depression produces a combination of physical and emotional symptoms that inhibit a person’s ability to function nearly every day for a period of at least two weeks. The level of depression can range from severe to moderate to mild low mood, which is called dysthymia when it is chronic.

The lows of bipolar depression are often so debilitating that people may be unable to get out of bed. Typically, depressed people have difficulty falling and staying asleep, but some sleep far more than usual. When people are depressed, even minor decisions such as what to have for dinner can be overwhelming. They may become obsessed with feelings of loss, personal failure, guilt or helplessness. This negative thinking can lead to thoughts of suicide. In bipolar disorder, suicide is an everpresent danger, as some people become suicidal in manic or mixed states. Depression associated with bipolar disorder may be more difficult to treat.

Early Warning Signs of Bipolar Disorder In Children and Teens

Children may experience severe temper tantrums when told “no.” Tantrums can last for hours while the child continues to become more violent. They may also show odd displays of happy or silly moods and behaviors. A new diagnosis, Disruptive Mood Dysregulation Disorder (DMDD), was added to the DSM5 in 2014.

Teenagers may experience a drop in grades, quit sports teams or other activities, be suspended from school or arrested for fighting or drug use, engage in risky sexual behavior or talk about death or even suicide. These kinds of behaviors are worth evaluating with a health care provider.

Scientists have not discovered a single cause of bipolar disorder. They believe several factors may contribute:

Stress. A stressful event such as a death in the family, an illness, a difficult relationship or financial problems can trigger the first bipolar episode. Thus, an individual’s style of handling stress may also play a role in the development of the illness. In some cases, drug abuse can trigger bipolar disorder.

To diagnose bipolar disorder, a doctor may perform a physical examination, conduct an interview and order lab tests. While bipolar disorder cannot be identified through a blood test or body scan, these tests can help rule out other illnesses that can resemble the disorder, such as hyperthyroidism. If no other illnesses (or other medicines such as steroids) are causing the symptoms, the doctor may recommend the person see a psychiatrist. To be diagnosed with bipolar illness, a person has to have had at least one episode of mania or hypomania.

If you believe you or your child are displaying signs of bipolar disorder, we can help. Call our office today and schedule an appointment.