Let’s talk about LQBTQIA.  You are likely most familiar with the acronym LGBT–

meaning lesbian, gay, bisexual and transgender. Other commonly used acronyms include LGBTQ– including the Q at the end for queer or sometimes questioning. The acronym LGBTQIA includes intersex and asexual- though sometimes the A stands for ally to the community. Like the T, the I in intersex also relates to gender identity, as intersex individuals have sexual characteristics that are neither male nor female.

Although the variations of the LGBTQ acronym are meant to encapsulate all people who are sexual minorities, it is clear that there can be some major differences between those who identify as lesbian, gay, bisexual or queer, and those who are transgender or intersex.

LGB terms relates to sexual orientation (e.g. who people are sexually attracted to), the T relates to gender identity (e.g. the gender that a person identifies with). Both of these exist on two distinct spectrums meaning that there is a lot of variation within each realm.

There appears to be a greater understanding and familiarity with variations in sexual orientation in the general culture and frequently they struggle with understanding the difference between the two.

So let’s focus on the T part, to help get acquainted with the broad range of identities within this umbrella term. I have provided some brief definitions here of terms associated with variations in gender identity, to provide a sense of some of the ways that gender identity can play out.

Transgender/trans– Individuals who have a different gender identity or gender expression than their sex assigned at birth. Trans people may or may not undergo gender affirming medical procedures.

Transsexual– Technical term that refers to individuals who undergo medical procedures to transition from their assigned gender to the gender they identify with. These procedures can range from hormone replacement therapy (HRT), to breast augmentation or mastectomy (“top surgery”), to sex reassignment surgery (“bottom surgery”).

Genderqueer – Person who does not identify as either male or female. These individuals may identify with aspects of both genders, or neither.

Gender nonconforming– A person who does not ascribe to traditional aspects of their gender identity through their gender expression (e.g. how they present themselves physically).

Preferred pronoun– Most people have a preferred way to be referred to by others in terms of which gender. This is very important in particular with trans/genderqueer/non-binary individuals in that it allows them to feel affirmed in their gender identity. Asking somebody what their preferred pronoun is, lets them know that you are not assuming that just because they may appear to look male or female, that it is how they want to be referred to. The most common pronoun series are: she/her/hers; he/him/his; they/their/theirs. 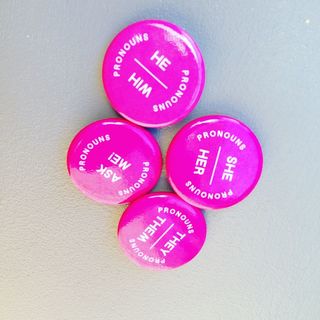 There are many more terms out there, and this is by no means an exhaustive list, but having more familiarity and awareness is a critical step in increasing understanding of these members of the population. Keep in mind that for many trans people, it can feel limiting to need to use terms to explain to others who they are. Many people whom I’ve worked with have expressed feeling that terms are most useful for other people, and not for the individual themselves. Terminology can be as fluid as gender itself, and so it is completely normal for people who identify under the trans umbrella to use terms interchangeably.

As a general rule of thumb, with friends or acquaintances whom you know to identify as trans, don’t assume what terms or pronouns they use- just ask!

Many people struggle in silence a long time before acknowledging and accepting that they experience discomfort and a feeling of displacement due to their assigned gender. Transgendered people feel the displacement from childhood and may express as children a definite preference for the opposite gender assigned roles and behaviors. These dysphoria feelings can result in serious issues with depression, anxiety, and feelings of powerlessness, hopelessness and worthlessness. If you identify as transgender and are seeking counseling and support to address those issues specific to the transitioning process, we offer the support and guidance to make decisions about transgender issues, process thoughts and feelings, to learn self-acceptance, deal with dysphoric thoughts and feelings and resolve anxiety and depression. We support the right to consent, but are able to help you with the documentation to resolve obstacles with progressing in your with you transition process if you would like.We can also assist with decisions about transitioning and finding providers if needed. You are in charge of your personal expression of who you are. We are here to help you achieve your goals around that. 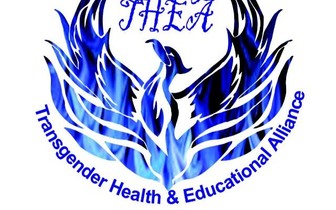