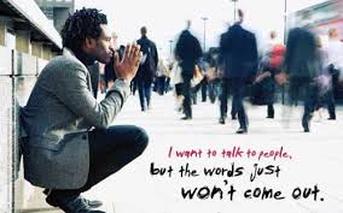 “When I walk into a room full of people, I turn red and it feels like everybody’s eyes are on me. I’m embarrassed to stand off in a corner by myself, but I can’t think of anything to say to anybody. It is humiliating. I feel so clumsy, I can’t wait to get out.”

Social phobia sometimes runs in families, but no one knows for sure why some people have it while others don’t. Researchers have found that several parts of the brain are involved in fear and anxiety. By learning more about fear and anxiety in the brain, scientists may be able to create better treatments. Researchers are also looking for ways in which stress and environmental factors may play a role.

“In school I was always afraid of being called on, even when I knew the answers. When I get a job, I hate to meet with my boss. I can’t eat lunch with my co-workers. I worry about being stared at or judged, and worried that I will make a fool of myself. My heart pounds and I start to sweat when I think about meetings. The feelings ger worse as the time of the event gets closer. Sometimes I can’t sleep or eat for days before a meeting or presentation.”

“In any social situation, I feel fear. I’m anxious before I even leave the house, and it escalates as I get closer to a college class, a party, or whatever. I feel sick in my stomach—it almost feels like I have the flu. My heart pounds, my palms get sweaty, and I get this feeling of being removed from myself and from everybody else.” 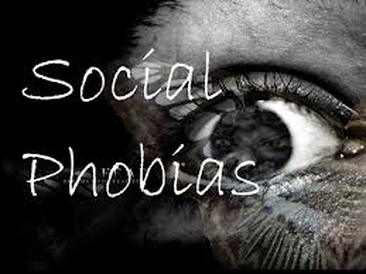 People with social phobia tend to: 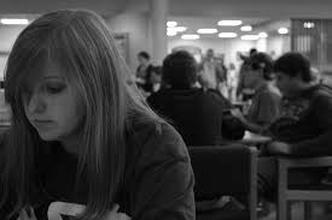 Social phobia affects about 15 million American adults. Women and men are equally likely to develop the disorder, which usually begins in childhood or early adolescence. There is some evidence that genetic factors are involved. Social phobia is often accompanied by other anxiety disorders or depression. Substance abuse may develop if people try to self-medicate their anxiety. 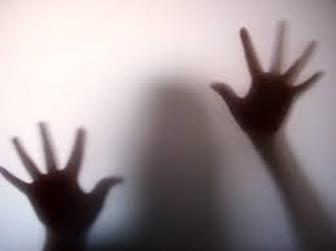 Social phobia can be limited to one situation (such as talking to people, eating or drinking, or writing on a blackboard in front of others) or may be so broad (such as in generalized social phobia) that the person experiences anxiety around almost anyone other than the family. 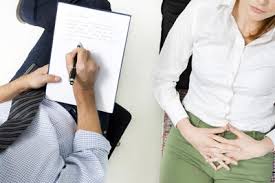 Social phobia is generally treated with psychotherapy, medication, or both.

Psychotherapy. A type of psychotherapy called Cognitive Behavior Therapy (CBT) is especially useful for treating social phobia. It teaches a person different ways of thinking, behaving, and reacting to situations that help him or her feel less anxious and fearful. It can also help people learn and practice social skills.

Antidepressants are used to treat depression, but they are also helpful for social phobia. They are probably more commonly prescribed for social phobia than anti-anxiety medications. Antidepressants may take several weeks to start working. Some may cause side effects such as headache, nausea, or difficulty sleeping. These side effects are usually not a problem for most people, especially if the dose starts off low and is increased slowly over time. Talk to your doctor about any side effects you may have.

A type of antidepressant called monoamine oxidase inhibitors (MAOIs) are especially effective in treating social phobia. However, they are rarely used as a first line of treatment because when MAOIs are combined with certain foods or other medicines, dangerous side effects can occur.